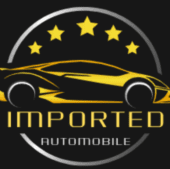 The Nissan Skyline R34 is one of the most iconic Japanese sports cars, and for a good reason. From its distinct design to its powerful engine and rear-wheel drive layout, the Skyline R34 is a car that stands out from the crowd.

In this article, we will give an overview of the Nissan Skyline R34 from its history, design, and performance. In addition, we will touch base on if you can get your hands on one of these cars in the United States.

The Nissan Skyline R34 was introduced to the Japanese market in 1999 and ran until 2002, when the subsequent iteration, the R35, replaced it.

It represented a significant jump forward for the Skyline lineup with its new 2.5L straight-6 engine mated to either a 5-speed manual or 4-speed automatic transmission. Some notable features included the Super HICAS four-wheel steering system and active limited slip differential for superior handling.

The design of the R34 was quite different than other cars in its segment, especially with its unique rear lights that were shaped like boomerangs. On top of this, the interior of the car was filled with plush leather and a variety of high-tech features.

In terms of performance, the Skyline R34 could reach 0-60 mph in 5.2 seconds and reach a top speed of 156mph. This made it one of the fastest cars on Japanese roads at that time.

What really put the Nissan Skyline R34 on the map was when it appeared in the Fast & Furious films, where it wowed audiences with its unique style and impressive performance.

How Much Is A Nissan Skyline R34?

Several factors determine the price of a Nissan Skyline R34. The condition of the car and its odometer reading will play a large role in determining value. Generally speaking, depending on these factors, you can expect to pay between $35,000 to upwards of $60,000.

For some, it doesn’t matter the price tag, as owning such an iconic Japanese sports car is worth it.

Read more: How Much Is A Nissan Skyline R34?

Why Are Nissan Skyline R34 Illegal?

Nissan Skyline GT-R doesn’t meet the US Department of Transportation’s Federal Motor Vehicle Safety Standards and can’t legally be registered for road use in the United States.

To legally register a Nissan Skyline R34 in the US, you will need to wait until it’s 25 years old. This means the soonest model you can own is the 1999 R34, which will become legal in 2024.

Instead, you can consider getting the Nissan Skyline R32 or R33 which are both legal. Just keep in mind that these cars are becoming increasingly rare, and prices for them can be pretty high.

In addition, you may need to make modifications for it to meet emissions standards which may require additional costs. However, this depends on what state you live in.

For example, California has strict laws when it comes to registering a car that does not meet its requirements.

If you do figure out a way to have a Nissan Skyline R34, you may be at risk of getting it confiscated. In this case, you may be out of a car and out of a lot of cash.

Read more: How Much Does A Nissan Skyline R33 Cost?

Can You Buy A Nissan Skyline R34?

If you don’t intend on owning a Nissan Skyline R34 for street use, then there are ways to own one in the United States.

You can purchase a Nissan Skyline R34 through an import company that specializes in Japanese imports. From there, you will need to register the vehicle as a display or show vehicle, and you will not be able to drive it on the streets.

Another option is to buy a Nissan Skyline R34 from a foreign country, such as Japan or Australia. However, this process has its own set of complications, including extra costs for shipping, importation fees, and ensuring that all paperwork is in order.

Can A Skyline R34 Beat A Bugatti?

Some incredibly modified Skyline R34s can beat a Bugatti Veyron in a drag race. However, it depends heavily on the modifications done to both cars.

A stock Skyline R34 will not be able to beat a Bugatti Veyron as the latter can reach a top speed of 253 mph while the former has a top speed of 156 mph.

That said, with the right modifications and tuning, some Skyline R34s can beat a Bugatti Veyron. This is why it’s important to research how to properly modify your car in order to maximize its performance.

Nissan Skylines are a lot lighter than the Bugatti Veyron, and with enough engine power, it can easily outrun the Veyron. Adding components such as an improved suspension system, stronger brakes, and wider tires may help to increase your car’s speed and performance even more.

What Was Paul Walker’s R34?

In the Fast & Furious movie series, Paul Walker drove a modified 1999 Nissan Skyline GT-R R34. It was equipped with a 2.6-liter twin-turbocharged engine and featured an orange flame-style body kit.

It was also equipped with a Cobb Tuning turbo kit, a Greddy intake and exhaust system, an upgraded suspension system, bigger brakes, and wider tires. This car made many car enthusiasts want to get their hands on a Skyline R34 and give it the same modifications.

Which Car Is Better R34 Or Supra?

However, the Nissan Skyline R34 is lighter than the Supra and has better handling due to its improved suspension system. Plus, it’s easy to modify a Skyline R34 which makes it more attractive for car enthusiasts who want to customize their ride.

In the end, both cars are great in their own way, and picking one depends on what you value more in a car and what your budget is. The Supra and R34 have unique features, so it’s important to research both before deciding which one to buy.

Read more: Are Nissan Skyline R33 Legal In The US? 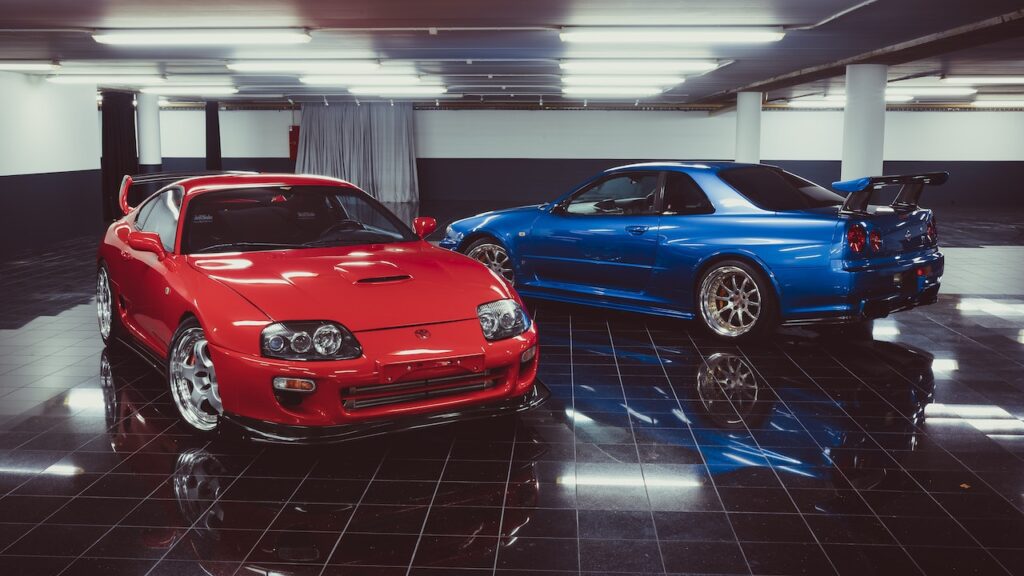 Besides being highlighted in a movie, the R34 was an impressive car in its own right. It was the fifth generation of Nissan’s Skyline line and featured a twin-turbocharged 2.6-liter engine, making it one of the most powerful cars at that time.

It also had an improved suspension system which made it handle much better than previous Skyline models, and its body design was unique, which made it stand out from other cars.

The R34 was also the last of its breed, as Nissan stopped producing it after the year 2002. All these factors, combined with its popularity in movies and car culture, have made the R34 one of the most sought-after cars today. It’s a classic car that continues to attract attention and fascination from car enthusiasts around the world.

The R34 is an iconic car that has gone on to become one of the most recognizable cars in the world. In short, it’s a legendary vehicle with an impressive history and a unique style that makes it stand out from other cars. No wonder it’s so popular.

What Does GT-R Mean?

GT-R stands for Gran Turismo Racing. It is a designation given to high-performance vehicles that are designed for track racing and other types of motorsports.

Nissan’s GT-R models have been some of the top cars in their class, with powerful engines, advanced technology, and improved handling capabilities, making them one of the most popular vehicles for both street and racing.

Today, the Nissan GT-R is considered an icon in the car world with its impressive performance capabilities and iconic design that has been featured in movies, video games, and other media. With its unique features, it’s no wonder why so many people around the world have fallen in love with it.

For car enthusiasts who want to take their vehicles to the next level, investing in a Nissan GT-R is definitely worth considering. Its advanced technology and improved performance features, such as an improved suspension system, stronger brakes, and wider tires, can help you increase your car’s speed and performance even more.

When it comes to Japanese sports cars, the Nissan Skyline R34 is one of the most popular and iconic models of all time. Thanks to its appearance in movies, video games, and other media, the R34 has become an icon in the car world.