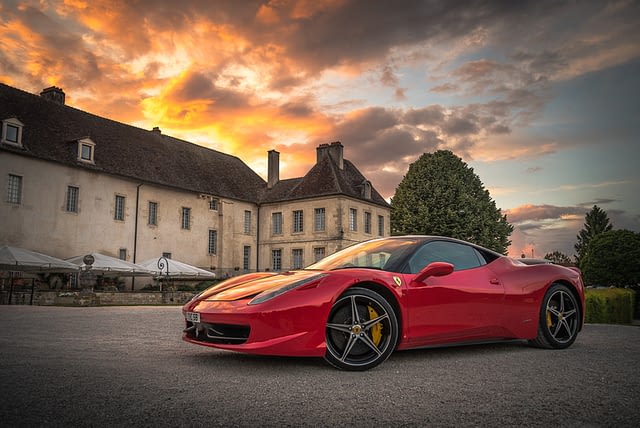 Ferrari F8 Tributo – Would it Be a Good Daily Car?

If you were offered a 2020 F8 Tributo to drive around for the day, would you look the other way? This is the latest mid-engine 710-horsepower twin-turbo V8 Ferrari, and the crowd is going wild for it. Is this car a good for daily driving? Now, driving a Ferrari around the city will come with its own special challenges, especially if the roads are narrow or you have kids dashing in the middle of the street.

An Overview of the F8 Tributo

The performance and theatrical styling of the F8 Tributo are out of this world. Ferrari has dressed up each vehicle with exotic bodywork and mounted behind the driver, there’s the popular 710-hp twin-turbo V8 that Ferrari lovers have been drooling over. This engine is responsible for powering those back-wheels though a paddle-shifted, seven-speed automatic transmission.

The hair-raising acceleration is just the way you would expect, maybe even a little better.  The defining characteristics of the vehicle combined with flawless designs makes the F8 Tributo a special machine. Many Ferrari lovers can’t wait to get their hands on it!

Civilized Ride – This may come as a surprise, but this is a civilized ride that we could see being used as a daily driver for those of you who want to dive around in style every day.

Fast Takeoff – The takeoffs and agility are exhilarating.

Now it’s time to take a look at the cons. For us, it’s hard to understand that a vehicle like this will even have cons. So, we had to dig deep to find them. However, they do exist, but it doesn’t change our opinion on the Tributo.

The poor rear visibility is one of the cons. You see, most inclines will easy put a damper on the rear diffuser.

In order to accurately write this review, we took the Ferrari Tributo out for a little test dive for the day. Of course, we got a whole lot of looks from people, which is to be expected with a car like this. Being challenged to races is also something that can be expected with the Ferrari because people just can’t seem to resist themselves.

During the test drive we were challenged to races a total of six time on the highway by drivers of two different Dodge Challenges, and a Tesla Model S as well as to my surprise, one motorcycle as well as an Infinity G37 driver.  The only one that could kind of keep up was the driver of the Model S. Seriously, this guy was on my tail, but then we blasted away from him up the road and after this, he didn’t really have a chance to catch up with us. As for the other races, well, those are history as they didn’t even come close.

What You Should Know About The Ferrari F8 Tributo

It’s obvious that Ferrari is proud of the twin-turbo V9 and we can understand this. This is an engine that has won numerous awards. It is capable of producing 710 horsepower from 3.9 liters. This means it has just as much oomph as the limited-edition 488 Pista.

The additional Forza is made with a tiny bump in compression ratio, shorter intake runners, changes to the intake plenum, more aggressive cam profiled and a reduced rotating mass which is achieved through hollow valves and lightened titanium connecting rods, flywheel, and crankshaft.

This vehicle also has a lighter manifold. It’s is made of Inconel and don’t forget about the turbocharger-speed sensor, which comes from the popular 488 Challenge race car. When it was all one, approximately 40 pounds were shaved from the engine of the vehicle. Overall, the car has 80 pounds shaved off of it when compared to the base 488.

Ferrari has stated that half of the engine’s components are new to the F8 Tributo. While there has been extra power added the emissions have been reduced. This helps the vehicle pass even the tightest of regulations, which makes it a good daily car.