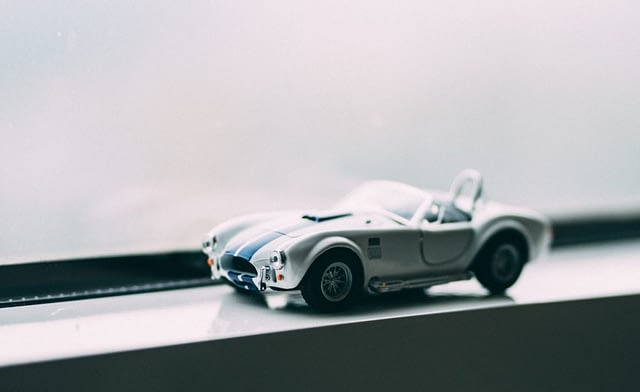 The AFX Series has made a name for itself as a rather dependable line of slot cars in any slot course, analog or otherwise. Owned by the Aurora company, AFX has produced several slot cars that became favorites by long-time slot racers. Below are some of AFX’s most recent offerings for various scales and racing systems. Read these AFX slot car reviews before deciding which slot car set is right for you.

As the name implies, the AFX Stocker Two Pack comes packaged with two differently decaled slot cars in the vein of your typical NASCAR racer. These cars come from the Mega-G+ chassis line which means that both feature high detail and color separation for their size.

Performance wise, the AFX Stocker Two Pack is quite dependable which is a polite way of saying that both slot cars are quite average. The FN20 engine inside the cars allow for a quick acceleration. However, even at their top speeds, both cars are still controllable even for newcomers.

The AFX Stocker Two Pack cars also feature magnet technology at their undersides and a design that provides for a low center of gravity. This means that they are less likely to fly off the track especially on sharp turns.

As with every other AFX Slot Car, the Stocker Two Pack features several moving parts which are quite small. As such, it is not advisable for children younger than 8 due to the potential choking hazard.

All in all, the AFX Stocker Two Pack is recommended for those that are relatively new to the hobby that want to master the basics. Also, the pack averages at $62.00 in most online suppliers. It’s basically two slot cars for the price of one.

This slot car is at the 1/64 scale which means is small enough to fit the palm of any racer. However, don’t let the small size fool you. The AFX22006 is actually one of the more sought-after slot cars in the line right now for two reasons.

First, it is modeled after the Audi R18 # 7, Audi’s final (and most intimidating) entry in the World Endurance Championship of 2016. The AFX 22006 perfectly captures the appearance of the R18 from the aerodynamic design to the iconic color scheme of black, red, and silver.

Second, the AFX22006 is one of the faster slot cars for its scale. The Mega G+ chassis allows the slot car to accelerate to its topmost speed within seconds. However, due to the car’s low center of gravity and aerodynamic design, it remains controllable even at its top speeds. This means that racers should have no problems in keeping the car on track at races.

That being said, however, the AFX22006 can be intimidating for beginners and newcomers. In the hands of an untrained racer, the AFX22006 will have a hard time maneuvering sharp turns while maintaining its speed.

In some cases, the AFX22006’s details also add an extra level of difficulty for racers. If you don’t want to chip those fine details off, you better start mastering how to control the AFX22006 at its top speeds.

The best way to describe the AFX22007 is that it is the AFX22006 with a predominantly black color scheme. AFX has removed all the silver of the AFX22006 in favor of black. This mimicks the color scheme of the Audi R18# 7 during its final race in 2016’s World Endurance Championship.

As far as performance is concerned, nothing has been changed from the AFX22006. The AFX22007 can still accelerate to its top speeds within second, has the same lower center of gravity, and has the aerodynamic design as its predecessor.

This also means that the AFX22007 comes with the same quirks as the previous model. The car is still hard to turn for beginners and its high level of detail can be chipped off through constant crashes and bumps.

Surprisingly, the AFX22007 is cheaper than its predecessor at $35.00. This is possibly because it has a simpler paint application due to the lack of silver trimmings.

Either way, both the AFX22006 and the AFX22007 are are great for mid to high level racers. Their sleek and elegant design makes them a must for any collection. However, they will demand precision from users when on the race track. 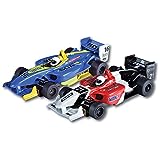 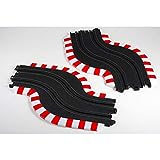 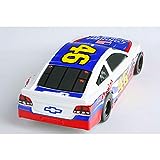 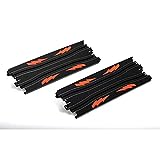 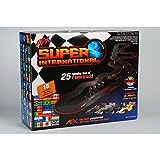